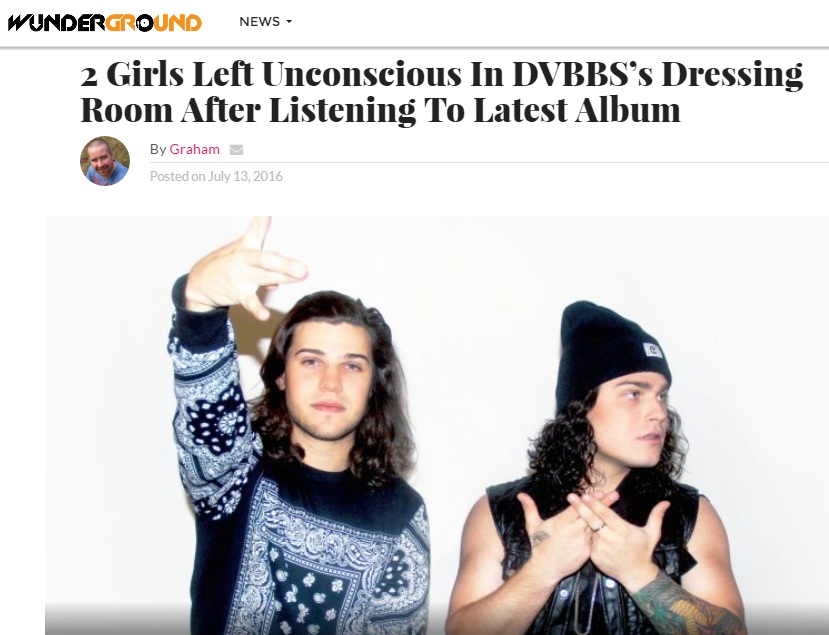 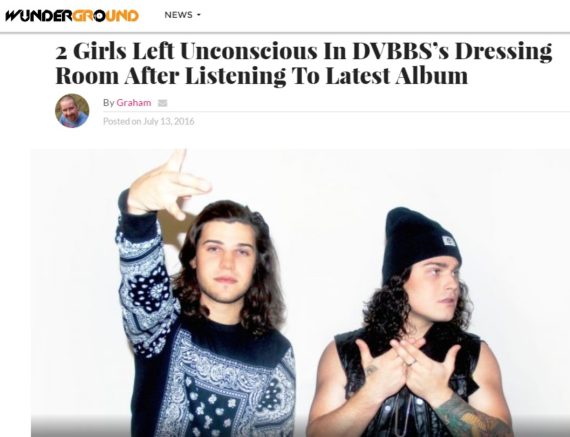 EDITOR AT RISK OF BEING FIRED AFTER WRITING TRUTHFUL ARTICLE

Longtime editor Graham is walking a tightrope and facing the possibility of being fired from the publication after he failed to deliver a story out of thin air.

EDM duo DVBBS landed themselves in hot water after multiple unconscious girls were found at their dressing room by the staff of Balaton Sound festival last Saturday.

Graham came up with another one of his stories, explaining “[the girls] fell into a “deep coma like sleep” after listening to the duo’s as yet unreleased album.”

Of course this was all meant to be funny. Yet today, a statement from medical staff confirmed what Graham had written, and as such, he accidentally published an article based on truth.

Furthermore Graham wrote: “According to reports, DVBBS’s album has been rejected by all major record labels, although, a large North American pharmaceutical firm is believed to be interested in the album to replace their current line of sleeping tablets.”

All this couldn’t be further away from a typical bollocks story. Instead, big pharma probably has a hit on their hands.